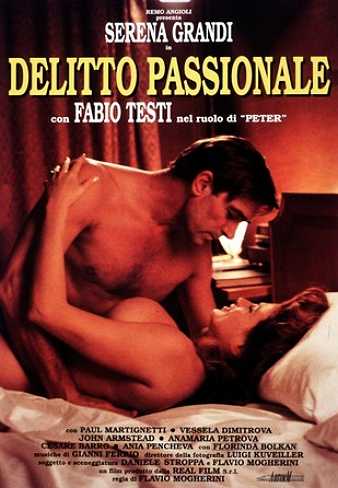 The famous writer Sonia Petrova comes found killed in the room of a motel. The case is entrusted young inspector Ivan Zonev, helped by old Kosta commissioner. They come to interrogate the husband of the victim, a theatre actor Peter Doncev, the Anne daughter and the sister of Sonia, Tania, hardly reached from Italy. A young tramp, than confesses author of the crime, comes arrested and the case is considered closed. After some days, an other homicide: Milena Radeva, lover of Peter and theatre actress. Only indication: the fringe of a recovered black scarf on the place of the crime. It comes thus reopened the case  homicide of the writer and, in order to try to make light on both crimes, Ivan often goes to Doncev Villa. More and more fascinated from Anne, it comes to acquaintance of the terrible incident that has forced the girl on a wheelchair. One is also to the theatre where the director Stefan Yancev is trying its show with Peter, Tania and Julia, wife of Stefan and for a long time fallen in love of Peter. Surveyings continue more in the strange  places, between a Turkish bathe and a restaurant, where old commissioner leaves to mean the young inspector who the key of the crimes is Doncev’s Villa. Peter gos to  Stefan even the police is behind him. In the attempt to escape he jumps on a cornice and he falls in the courtyard. Before dying, the man confesses of being the author of both crimes and the case definitively seems resolved. But Kosta does not appear very convinced and ago strange speeches that induce Ivan to go newly to the villa, hardly in time in order to save wounded Tania and to discover l’ assassin, that he down chases through the corridors end and one….