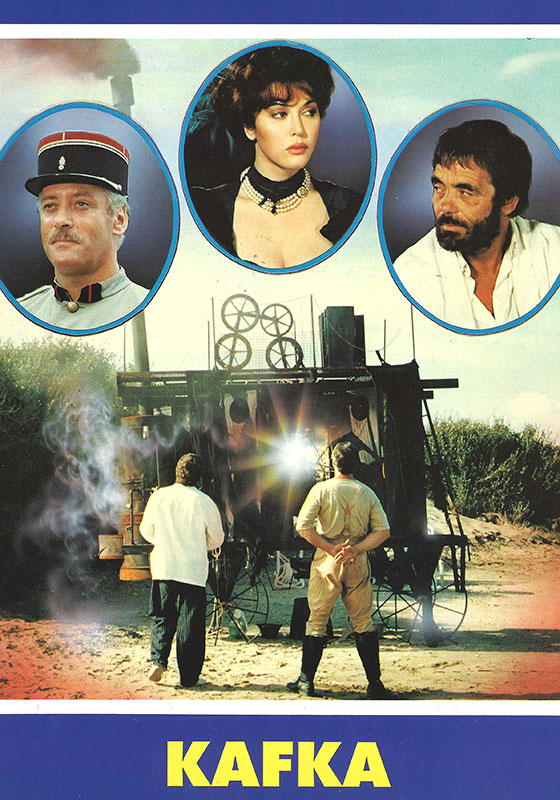 At the start of the century a French journalist making one of the tours involved in his profession arrives in the island off Guyana where the penal colony to which Franco sends all convicts sentenced to life imprisonment is located.

The journalist unexpectedly finds himself involved in a situation which is at first bizarre and later ever more weird. In this penal colony, executions are still carried out using a strange machine, designed and built years before by an old commander and some of his companions, which engraves the verdict in the living flesh of the prisoner in decorative letters surrounded by arabesques and symbols until the victim dies of loss of blood.

The maniacal accuracy of the machine, built with military precision, is in contrast with human justice, fallible, corruptible and approximate. A captain, the last of the jail staff, wants at all costs to convince the journalist of the excellence of this machine and of the principles behind it. The journalist is not convinced.

The captain, who has already tied a native condemned to this terrifying death inside the machine, persists and tries in every possible way to involve this journalist in the practical example, to make him his accomplice.

There is no way he can succeed. The journalist doesn’t change his negative view.

The captain then enters a crisis of despair. His world collapses around him. He feels isolated, calumned. He feels that the experience of the machine for perfect justice is condemned to end.

He unties the native and sets him free, ties himself in his place, closes himself within the machine’s iron walls and sets it in motion, he himself will die to demonstrate the validity of the idea.

The journalist would like to convince him to stop, but the machine is old. it no longer responds to commands. It catches fire and starts to explode. The captain is killed by his creature and dies paying in person for the idea of perfect justice. 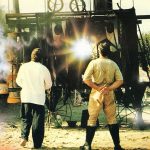