Mexican outlaw Django is part of a band of thieves that kill their partners and steal a cargo of gold from a stagecoach. However, the Americans in the band betray him, and shoot all the Mexicans. Django is not completely dead though, and crawls his way out of his shallow grave, continuing his pursuit of the gold, and exacting a bloody vengeance.

Probably the most damned and censured western of all time.

The only one that in Italy has been judiciary seized and doubtless the most experimental and visionary Spaghetti Western never realized.

Tarantino, in his Django Unchained, paid tribute to Giulio Questi’s movie recovering the special zoom system and the exasperated violence (as the scalp’s scene) of Django Kill aka Se sei vivo spara.

“SHOCKINGLY VIOLENT AND SURREAL… A MASTERPIECE OF THE GOTHIC WESTERN!”
-Spaghetti Cinema

“SO EXTREME IN EVERY WAY – IT IS ONE OF THE HANDFUL OF GREAT ITALIAN WESTERNS!”
-Alex Cox, Director of Repo Man and Sid & Nancy 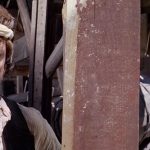 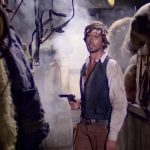 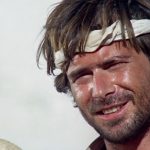 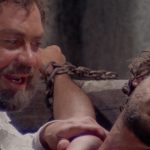