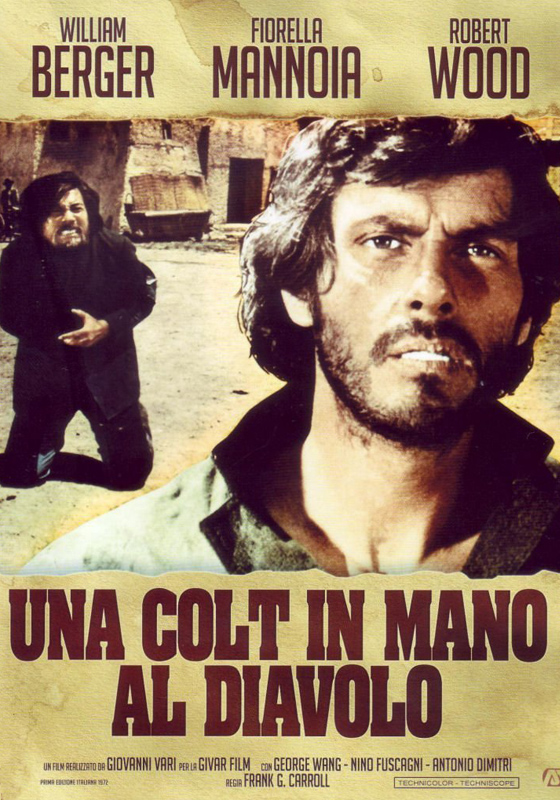 English title
Devil was an Angel

English title
Colt in the Hand of the Devil

Roy Koster, a gunman and ex prison inmate, makes his way to Silvertown with the intention of rehabilitating the memory of a companion from prison to whom he ows his life. The man, Geremy Scott, has been sentenced to life as a presumed robber and assassin, due to the false testimonies of Sam Dayton and Isaac McCorney, both apparently under the thumb of a rich man, Warner. After having eliminated the first one, Kostner discovers that McCorney had in fact organized the conspiracy against Geremy. Having got rid of warner too, Kostner tries to get rid of Roy once and for all by accusing him of committing a homicide. Geremy’s sons, Grace and Phil, try to help; the latter by procuring him a very important document, previously in Isaac’s hands, which proves their father’s innocence, and the former by freeing him from prison. Seeing the bad situation, McCorney flees, followed by Roy. They both end up in Scotts’s territory, where his widow shoots McCorney.