An Italian (Roberto), has left Italy for the Polinesian Islands Bora Bora to join his wife Marita. On arrival in Papeete, he discovers that his beautiful wife has gone to live with the native “Mani”. After falling to win his wife back, he tries to understand the reasons behind her choice and not against a “ménage a trios” stays and has built for him. Mani is disgusted by Roberto’s wish to joint in their intimacy And decides to leave. Husband and wife are once gain attracted to each other and decide to return to Italy. 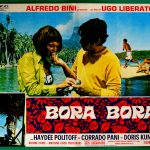 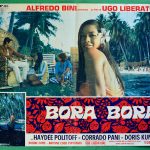