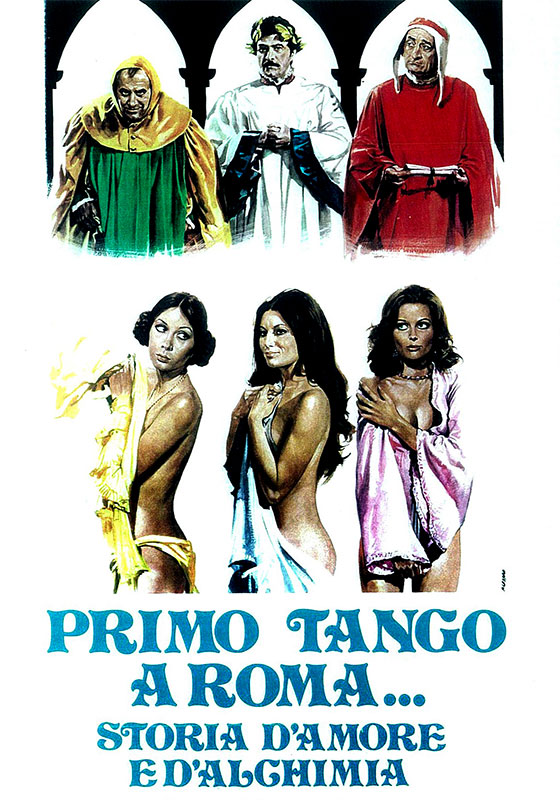 English title
STORY OF LOVE AND ...

In twelfth-center Rome a knight of the banished Templar Order finds refuge with his page, first in the Palazzo Colonna and then in the Palazzo Orsini. Word of the men’s amorous feats with the women of the two noble families quickly spreads, and they become famous as the inventors of an aphrodisiac elixir.

The raison d’etre of all these movies, of course, is to undress the female cast, which this movie does quite efficiently. The two leads are Rosalba Neri and Erika Blanc, two of the most famous exploitation actresses in Italy at the time. Both actresses more typically appeared in gialli, horror movies, or spaghetti westerns but they always brightened up whatever movies they appeared in, even borderline dreck like this. Regrettably, Neri and Blanc don’t have too many scenes together, but they both appear in more scenes than their clothes do, so it’s not a total loss. 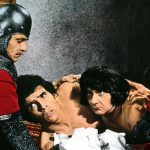